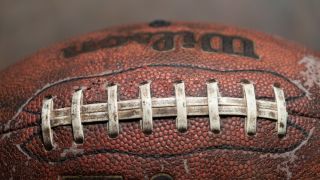 Summer is over and school is back in session but that also means that NCAA sport is back, too. And you've landed in the right place to discover how to live stream college football right up to the National Championship.

2019 is a huge year for college football as the sport is celebrating its 150th anniversary. This season teams from most FBS schools will be sporting a patch with the CFB150 logo on their jerseys and some schools are even going the extra mile by including the logo as part of their field designs. Teams outfitted by Under Armour will even be bringing back some retro jersey designs to celebrate the anniversary.

When it comes to football though, this season all eyes will be on the Clemson Tigers as they look to overtake the Alabama Crimson Tide as the most dominant team in college football. Last year the Tigers crushed the Tide 44 to 16 in the national championship to regain their title after having lost it to the Tide in 2017. Last season the Tigers also became the first team in modern college football history to finish a season 15-0.

Whether you’re rooting for a team in the Big Ten, Pac-12, SEC, ACC, Big 12 or Big East conference this season, TechRadar will show you how to live stream every college football game this season so you don’t miss a single touchdown.

Watch NCAA college football on TV in the US

However, if you aren’t a cable subscriber, you can still watch quite a few games over-the-air. With an indoor TV antenna you can watch college football games shown on ABC, NBC, CBS and Fox. For the most part, prime time games with air on either ABC or Fox and CBS will show games from the SEC conference. Notre Dame fans will be happy to hear that all of the college’s games will be shown on NBC.

How to stream college football live online without cable

Unfortunately there is no NCAA equivalent of NFL’s Game Pass, so watching college football online is a bit more challenging (and diverse) but don’t worry, as we’re here to help.

If you want to watch every college football game this season online you’ll need a streaming service that gives you the above listed channels. However, at this time, no single streaming service does but for your convenience we’ve compiled a list of our favorite streaming services and the networks they give you access to below.

How to live stream college football outside the US

If there is no official broadcast option in your country or a game in not playing locally due to regional restrictions, then you’ll need to use a VPN service to dial in to a location in the US that does have coverage.

A VPN is perfect for this as it allows you to change your IP address so you appear to be in a completely different location. They're surprisingly easy to use, too! We’ve tested hundreds of VPNs and can recommend ExpressVPN as the best VPN currently available:

Express VPN comes with a 30 day money back guarantee and is the #1 rated best VPN in the world right now. You can watch on many devices at once including Smart TVs, Fire TV Stick, PC, Mac, iPhone, Android phone, iPads, tablets etc.

Check out Express VPN and get three months free on an annual plan. As well as helping you tune into football, VPNs open up a world of blocked websites, international Netflix catalogues and much safer surfing.

In some countries, you may be baffled that school sports is so huge. But if you want to know what all the fuss is about or you're a US expat wanting to catch the college football, then ESPN Player has you covered.

That gets you live and on-demand coverage of more than 800 2019-20 college football games, available on desktop and mobile devices.

For American college football fans in Canada, you’ll be able to watch some of this season’s games online but you will need one or more streaming services to do so depending on which conference you plan on following.

DAZN (which comes with a free trial) will show all of the Pac-12 Networks games this season while TSN will show most of the games that air originally on ESPN in the US. You can also watch ESPN provided games in French on RDS.