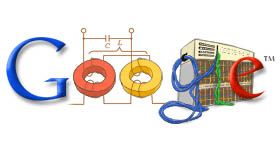 At last, an end to the Google Drive saga is in sight with a leaked press release suggesting that the cloud storage service will launch next week.

The Next Web got its mitts on what it reckons is Google's draft press release, which goes on to say that users will get 5GB of storage for free, batting away DropBox's current 2GB offer with ease.

Previous rumours had suggested that the free storage would be much lower (1GB) which caused much scoffing and ire across the web.

When you've filled that 5GB with all your digital clutter you'll be able to buy more storage from Google, although the leaked release doesn't outline price plans.

Where who what when how?

The other thing that's missing is word on what territories the service will launch in – will it be US only to begin with or will the storage service see a global roll out?

What is noted is that the service will work "in desktop folders" on Mac and Windows, with a Mac app surfacing on TechCrunch and Android and OS apps also said to be coming next week.

After literally years of rumours, are we really and truly about to see Google Drive launch? It's looking quite likely really.