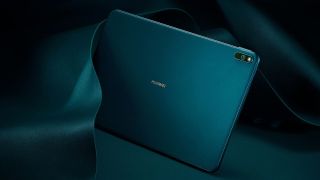 It can sometimes seem like Apple is the only brand taking tablets seriously, but Huawei has just demonstrated that this isn’t the case, as it has announced the Huawei MatePad Pro, a tablet which looks set to live up to its ‘pro’ name.

The Huawei MatePad Pro also has an all-screen front with a 90% screen-to-body ratio, an 8MP f/2.0 punch-hole selfie camera, four speakers, wireless charging, and reverse wireless charging (so you can use it to juice up other devices).

It runs Huawei’s EMUI 10, based on Android 10, but as with other recent Huawei devices it lacks Google Play and other Google apps and services, which will be a major mark against it.

However, those prices definitely won’t be an exact conversion if and when the MatePad Pro launches elsewhere. And that’s the main question hanging over it, as while it’s hitting Chinese stores on December 12, the ongoing Huawei ban means it might not launch in the likes of the UK and Australia, and almost certainly won’t launch in the US.

Which is a shame, because even without Google services, the Huawei MatePad Pro sounds on paper like a very impressive tablet, and if those services are ever restored then it could well rival the likes of the iPad Pro 11 and Samsung Galaxy Tab S6. So we’ll be sure to update you if and when we hear news of a wider launch.