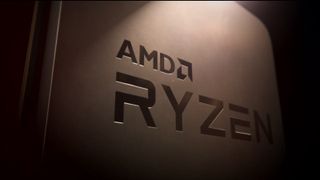 A fresh leak indicates that AMD is ready to unleash some serious firepower for laptops with its Ryzen 4000 APUs, which are likely to be revealed very shortly at CES 2020.

The Ryzen 7 4800U with 8-cores (and 16-threads) was spotted on UserBenchmark by prolific leaker TUM_APISAK, who posted the details on Twitter.

As ever, we have to be very careful about the legitimacy of such leaks, and even TUM_APISAK admits that he is not sure whether it’s real or not. But this isn’t the first time that we’ve seen the 4800U rumored to have 8-cores and 16-threads, which is a meaty step up from AMD’s 3rd-gen Ryzen APUs.

So for the sake of argument, assuming that this is real, what we’re looking at is an 8-core Renoir APU (7nm, Zen 2) with a base clock of 1.8GHz, hitting boost speeds averaging at 3.65GHz across the benchmark.

A further interesting point is the apparent presence of 3200MHz system memory in the test machine, so laptop vendors are looking at being able to couple these seemingly much beefier processors with faster memory, for even greater performance gains. Or at least that’s the hope, anyway.

Everything seems to be shaping up promisingly, then, but we’d do well to again remember to temper any excitement around speculative leaks; even if the rumors do seem to be lining up somewhat now (previous leaks have highlighted a 4700U part, too, with 8-cores and a 15W TDP).

AMD’s powerful new APUs are expected to pitch up early in 2020, potentially making life more difficult for Intel in the laptop arena – and they could come in the form of a nasty double-blow with a revelation at CES alongside Ryzen 4000 desktop processors, which the rumor mill also contends are set to be unveiled.

All eyes are on the imminent CES, of course, so it makes sense that AMD would want to further flex its CPU muscles and maximize the apparent threat to Intel in 2020, with the latter suffering at the moment at the hands of ongoing supply issues when it comes to processor production.