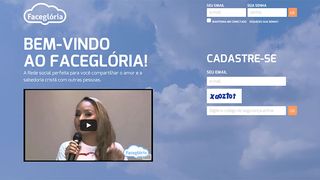 The internet's a pretty sinful place, brimming with saucy selfies, vulgar vines, and hardcore... er, you get the idea.

Naturally, this adult content frequently finds its way onto Facebook, Instagram and their ilk, but a group of evangelical Christians in Brazil has launched a holy war against dropping social media standards.

The group, located in Ferraz de Vasconcelos near Sao Paulo, is attempting to keep things holy by launching Facegloria, a social network with strict rules that prevent users from posting anything the Almighty might find on the nose.

Restrictions apply to colourful language – 600 banned words and counting – sexual content, and depictions of violence. Homosexuality also gets the chop, with anything gay-related receiving a firm thumbs down.

Sticking with the holy theme, Facegloria users don't "like" posts, but say "amen" instead.

Approximately 100,000 people are said to have signed up to Facegloria within its first month, and the network has a target of 10 million users within two years.

We'll have to wait and see if the site can succeed without the filth, controversy and bickering that draws people to other forms of social media every day.