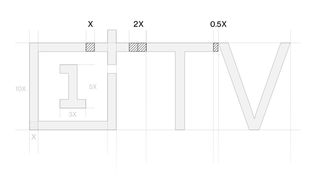 It's been a year since OnePlus teased the news that its very own TV was headed to market, and in the intervening period the company has run a competition to help decide the name of the soon-to-be-revealed set.

The winner of that competition has now been announced. Brace yourself: it's going to be called the 'OnePlus TV'. Genius.

Jokes aside, it shouldn't come as much of a surprise – the OnePlus brand, having made its name in phones, is known for its straightforward approach to both design and naming conventions. For OnePlus, it's all about the best possible specs at the lowest possible price – and you read more about that in our OnePlus TV guide.

Are you ready for the OnePlus TV? Learn more about the name and logo of our very first smart TV. https://t.co/CuGAfSiMdV pic.twitter.com/TOwM0fpn2b14 August 2019

Will that carry over into its first foray into television technology? It's hard to say at this point, as the company has revealed little about its television's specifications.

What it has revealed is that there will be a series of LED screens, running the Android TV smart platform, and ranging in size from 43 inches up to 75 inches.

Speaking of the name and logo reveal, OnePlus said on its forum: "We’ve explained the meaning behind "OnePlus" – "One" represents "at the moment" and "Plus" means endless possibilities for the future, and we sort of made a tribute to this concept when we designed this logo – this is our OnePlus way to show the world that it is our first step to explore the endless possibilities in a broader spectrum."

There's no word yet on pricing or a release date for the OnePlus TVs, but we're hoping they'll stick to the strong value proposition that has made the brand's phones sing previously. We'll be hoping for a glimpse of the TV at IFA 2019 – Europe's premier AV show, in September.