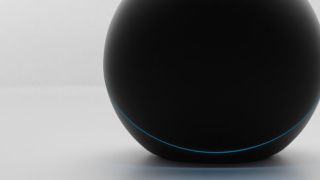 It's not just the Nexus 7 that has Google fans all het up, as the Google Nexus Q also seems to have sold out of initial stock in just 24 hours.

The Google Play store yesterday gave a shipping time of 3-5 days, but is now displaying the much more conservative estimate of 2-3 weeks.

It's not really the end of the world though – in our Google Nexus Q review it only managed two-and-a-half stars, with its high $299 price tag and lack of features letting the side down.

Disappointed shoppers not in the US can sign up to an email list to be notified when the Nexus Q arrives on their shores.

But what the eager beavers who have cleared Google out will get is a media streamer running Android 4.0 (ICS) with HDMI ports, wireless connectivity and the ability to stream music, pictures and movies from your phones and tablets to all over the house.

There are no plans for the UK to get its hands on the curious spherical media streamer at the moment, but perhaps it's getting US buyers so hot under the collar will make Google have a rethink.