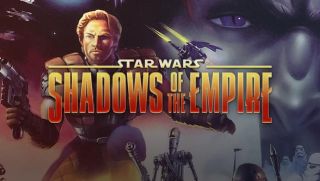 You’ll soon be able to get some of your favorite childhood Star Wars games, including Star Wars: X-Wing, Jedi Knight II: Jedi Outcast and Star Wars: Podracer, on modern platforms, as well as a few on their original consoles.

The re-releases of these games will be brought to you by Limited Run Games, a company that specializes in small-batch physical releases of classic or hard-to-find titles. The deal was announced during the company's press conference at E3 2019 and then confirmed in a Tweet on the company's Twitter account, though it's still not clear when the games will come out.

Unfortunately, for both better and worse, these games aren’t remasters – i.e. they’ll still have the original graphics and character models. That will help these games maintain their historical accuracy, but it might also mean they don’t hold up very well, especially since some date back to the early 90s.

The first of these games to get the ol’ re-release are Star Wars: Bounty Hunter
for PlayStation 4 and Star Wars for NES and Game Boy, both of which are due out on June 28.

What other games can you expect to see? Here’s a complete list from Limited Run Games: