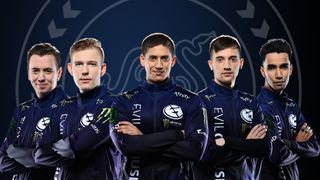 Razer is making a big move in the esports world by hooking up with one of the most famous pro teams around: Evil Geniuses.

As well as having a great name (or at least we think so), Evil Geniuses (EG) has a substantial fan base, along with a considerable and lengthy pedigree, having been active since 1999, no less. The squad is a highly successful outfit, being the second-highest earning esports team in the world (according to the stats kept by Esportsearnings.com, EG is only behind Team Liquid).

In this freshly announced partnership, Evil Geniuses are now part of Team Razer, and naturally this means that EG will be using Razer’s gaming peripherals including keyboards and mice (not to mention mouse mats), as well as headsets, in tournaments (and training) for the next two years.

Evil Geniuses has had considerable success in Dota 2 and Call of Duty, amongst many other esports titles.

EG has just qualified for The International Dota 2 Championships, to no one’s surprise, and the team has previously won that major tournament in 2015, and took third place in every other year going back to 2014 (save for an uncharacteristic slip down the rankings to tenth place in 2017).

The EG Dota 2 squad has some big names in the form of Arteezy (Artour Babaev) and SumaiL (Syed Sumail Hassan). The latter became the youngest player ever to exceed a million bucks in terms of esports winnings aged just 16.

Phillip Aram, COO of Evil Geniuses, commented: “Razer’s high-performance gaming devices are top-tier and give our players a new performance edge. Razer is the perfect brand with which to enjoy continued success and to compete for a repeat win at The International.”