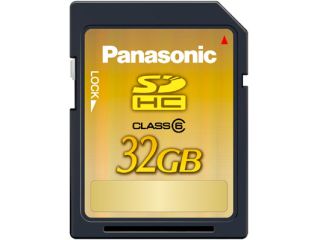 SD memory cards are due for a serious capacity boost this year with the arrival of a new format dubbed SDXC (SD eXtended Capacity).

Panasonic is already planning a 64GB SDXC card. But this next-generation of SD technology will be capable of storing up to 2 Terabytes of data.

According to the SD Card Association, the SDXC standard will be released in the next few months, increasing the storage capacity of SD cards from 32GB up to 2TB.

SD read/write speeds will also get a turbocharge, soaring from SDHC's 6MB per second to 104MB per second at launch. The SDXC roadmap ultimately calls for 300MB per second transfer speeds.

Panasonic certainly believes in the specification. "Panasonic supports the announcement and development of the SDXC standard," said a spokesperson, "and plans to launch a 64GB massive capacity SDXC Memory Card, which will have more capacity than the currently available 50GB dual layer Blu-ray Disc."

To put things in perspective, a 2TB SDXC memory card could store 100 HD movies, 60 hours of HD recordings or 17,000 high-quality photos. An early nail in the Blu-ray coffin, perhaps?