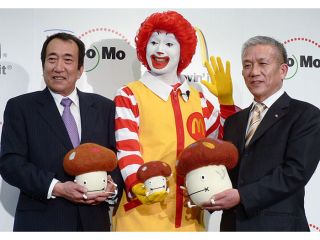 Genuinely ground-breaking services are being ignored

It may be from Japan, but a new survey that shows just how little people use the high-end features on their mobile phones is just as relevant anywhere in the world.

The large study of almost 15,000 people last month shows that the most cutting-edge phone features, such as the RFID osaifu keitai e-cash chip and GPS, are used by fewer than one person in five.

While genuinely ground-breaking services are being ignored, more mundane - and perhaps easier to understand - functions are making inroads. The much-maligned (at least by us) QR Code has, so they say, been tried by 52 per cent of respondents.

Even cameras not universal

Given that familiarity seems to make a technology more acceptable, you'd expect everyone to be into the cameras on their phones. Apparently not - the survey found that almost one person in ten who had a cameraphone had never even tried the function.

Lastly, almost 5 per cent of people admitted trying nothing but plain-vanilla voice calls - an intriguing prospect for any phone maker willing to target the market for super-simple and cheap handsets.