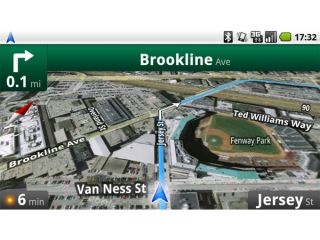 Nokia's announcement it will be offering free sat nav to many of its mobile phone users has already had an impact on the likes of standalone manufacturers such as TomTom.

The sat nav firm - which is already in the mobile market with the iPhone cradle it released last year - has seen its shares slide more than 10 per cent today, which coincides with the Nokia announcement.

The company, along with rival Garmin, has already seen significant competition come from the mobile sector in the shape of Google Navigation, which is available on high end Android phones.

The latter company has got its own mobile phone arm in the shape of an alliance with computer manufacturer Asus, so it will be intriguing to see how the sat nav market changes in the next few years with new companies muscling onto the scene.