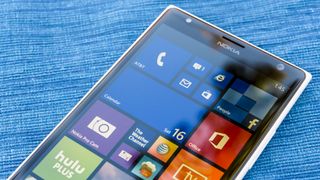 Although Windows 10 is currently downloading itself onto PCs around the world, we're still waiting for Windows 10 Mobile to be released. Microsoft has now announced which Windows Phones will be getting the new software first.

If you're not too familiar with Lumia devices, this is a pretty diverse range of handsets that covers budget and low-end devices as well as higher-end smartphones.

Get your Denim on

In order to get Windows 10 Mobile, the Lumia device will need to have the Lumia Denim update installed.

It's little surprise that the first Windows Phones to get Windows 10 Mobile will be Microsoft-made Lumias, especially as few manufacturers so far have built Windows Phones.

However if you do own a non-Lumia Windows Phone, you should hopefully still get Windows 10 Mobile at some point, though we haven't heard any details just yet.