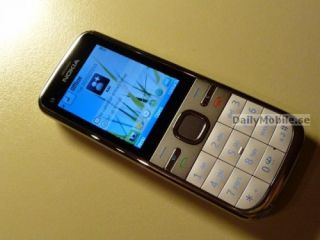 Nokia has offered up a huge hint (so huge that we're pretty sure it's true) that it will be launching the C-Series at CeBIT this week.

The new phone range, which we still have only limited information about its target audience, looks set to be unveiled on 2 March.

The series has been spotted in FCC submissions as well as being leaked in photos too, so it's pretty certain to be coming soon.

C you next Tuesday

"The show runs from 2-6 March, so scribble it in your diary as we'll be reporting from the frontline…Of course, we don't comment on rumours or leaks, but we are looking forward to C BIT for the next series of Nokia announcements.

"Right we're off to pack our rucksacks and lederhosen, C you there."

We have no idea why CeBIT, a mostly-component related event, would be a better time to release a new phone that, oooooh, we don't know, Mobile World Congress, but that seems to be Nokia's thinking at the moment.