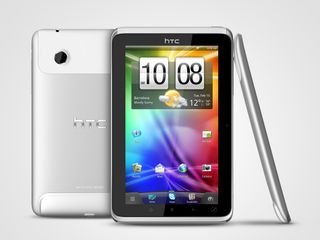 HTC has responded to Apple's latest legal action against it, denying that the patent infringement claims hold any water.

As we reported yesterday, Apple has filed a new complaint with the International Trade Commission (ITC), seeking to block the sales of certain HTC devices, claiming that they infringe on Apple's copyrights.

The HTC devices that stand accused in the UK include the HTC Wildfire, HTC Desire, HTC Hero, and the HTC Flyer, the company's first Android tablet effort.

HTC "vehemently denies" Apples claims, in a statement that accuses Apple of trying to compete in the courts rather than taking it to the shop floor.

Grace Lei, HTC's general counsel, said, "HTC is dismayed that Apple has resorted to competition in the courts rather than the market place.

"HTC continues to vehemently deny all of Apple's past and present claims against it and will continue to protect and defend its own intellectual property as it has already done this year."