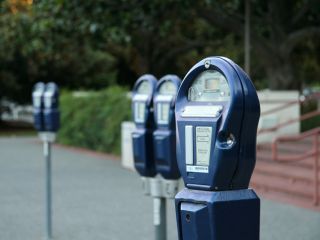 Some 50,000 Germans are enjoying the convenience of paying for their car parking via their mobile phones, according to figures released yesterday.

German technology researchers Bitkom announced the figures, mentioning the benefits of the scheme such as drivers no longer having to fiddle with small change and not being over-charged.

Bitkom added that 'mobile phone parking' made up 5 per cent of all parking lot tickets sold since the scheme was introduced.

'Mobile phone parking' is available in Berlin, Duisburg, Hanover, Paderborn, Saarbrucken, Wiesbaden and Flensburg. However, changes to the law at the end of the year may halt the scheme all together.

Using your mobile as a virtual wallet is fast becoming fashionable around the world. We've recently reported that Japanese mobile network NTT DoCoMo has teamed up with McDonalds to enable people to buy burgers using their mobiles. Closer to home, Manchester City is also using mobiles as virtual wallets so season ticket holders can get into the football ground more quickly.