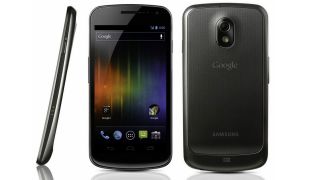 Not so fast Apple, Samsung has something to say

Just days after Apple won a ruling to have the Samsung Galaxy Nexus banned in the US, the decision is being appealed.

This will come as no surprise, as Samsung, like any company, will not want its products taken off shelves.

According to Apple, the Galaxy Nexus infringes patent number 8,086,604, relating to the device's ability to search multiple areas through a single interface, and the US courts seem to agree.

7 grounds of appeal, 25 handsets at risk

Samsung is fighting back though, as it is appealing on no fewer than seven grounds, however if the South Korean firm fails to get the ruling overturned, it may see 25 of its smartphones banned in the states – including the Samsung Galaxy S3.

The Galaxy Nexus is set to become the first handset to run the latest version of Android, codenamed Jelly Bean, with an update expected to roll out during July - but the ban could mar the arrival of Android 4.1.

This latest case flies in the face of the much-hyped peace talks between the two companies, which took place in May, with both sides obviously unable to reach suitable agreements as the patent war rages on.