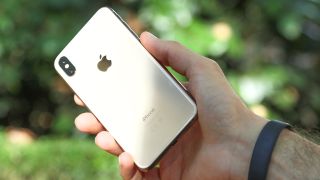 We’re not expecting the iPhone 11 series to land until September, but a number of leaks have already rolled in and we’re hearing a number of new things today, with a particular focus on the camera.

According to YouTube channel EverythingApplePro in collaboration with Apple leaker Max Weinbach, the iPhone 11 and iPhone 11 Max will have three camera lenses, with the third being a 12MP wide-angle lens with a 120-degree field of view. That would join the 12MP main and telephoto lenses found on the iPhone XS range.

Apparently the third lens won’t have optical image stabilization (OIS), but the two lenses inherited from the iPhone XS range will.

The iPhone 11 and iPhone 11 Max will apparently also have an improved flash, set to be the same size as the flash module on their predecessors, but brighter. The camera bump meanwhile will apparently be less thick, and the image signaling processor is apparently being upgraded, to allow for better general photography.

They specifically highlight Smart HDR as being improved, to the point where it’s “better than anything Google or Samsung or Huawei have done before.”

The source also notes that Face ID will apparently be getting an upgrade, allowing it to work from wider angles.

The big change on the back is seemingly set to be the peculiar camera arrangement, which we’ve seen leaked a number of times – as well as an extra lens it looks like the cameras will be arranged in more of a square shape.

However, the phones are also said to sport a new frosted glass-like coating, and improved stereo speakers, capable of louder and clearer sound. The space grey models will also apparently have a less shiny frame.

From hardware to software

And that’s not all, this source also details some possible iOS 13 features, including upgrades to Siri, allowing for it to understand you better.

iOS 13 could apparently include intelligent RAM management, allowing the phone to learn your habits so it can pre-load apps to make navigating iOS feel even faster and slicker.

As ever, we’d take this info dump with a pinch of salt, especially as we’re so far out from the iPhone 11 range launching, but there’s nothing here that sounds unbelievable.