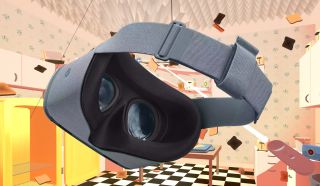 Google is continuing its efforts to bring virtual reality to the masses with the release of Google VR180 Creator - available to download free for Mac and Linux.

This free software takes video from Google's point-and-shoot VR180 cameras like the Lenovo Mirage and converts it to a format that can cut and tweaked using any standard video editor.

Once you've finished editing your clip, the conversion software will re-add the VR180 metadata so it's ready to watch on a headset like the Google Daydream View.

Google VR180 cameras can capture both still pictures and videos, which can be viewed in 3D, or as flat images on an ordinary screen. Footage captured with the cameras in 360-degrees can also be exported straight to YouTube and Google Photos.

Interestingly, VR180 Creator is only available for macOS and Linux for the time being, and Google hasn't announced if or when a version of the software for Windows might be forthcoming.

It would be unusual to leave out such a huge section of the audience when aiming to make immersive video more accessible, so a Windows version might be in the works.