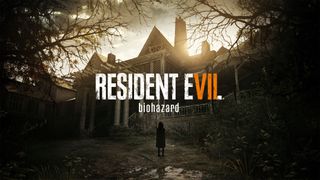 Like many, I was shocked to see the announcement of a brand new Resident Evil game at Sony's E3 2016 Press Conference. The series, celebrating its 20th anniversary this year, has a very passionate fan base, and seeing its new announcement caused quite the commotion.

Though the series is now known for its more over the top action-horror set pieces against foes that make Cronenberg's take on body horror seem tame, what we saw was a far more subdued and rawer take on classic horror – and, perhaps more importantly, a virtual reality component that is likely to scare the pants off you.

On the E3 show floor, the folks at Capcom built a massive house to keep its new creation underwraps. I had the chance to experience it first-hand and while being led in through a dark hallway to a single room containing the game and the PlayStation VR headset, creators set the right mood to check out something truly dark and terrifying.

Needles to say, the setup paid off. Resident Evil is just as scary, if not even more frightening, when the screen is pressed up against your face.

Resident Evil VII is clearly aiming to have a stronger emphasis on horror, much like the earlier entries in the series. With the last two mainline titles, action-horror was the name of the game – with the emphasis on action – and many fans, myself included, felt that the series got a bit too into the wacky storylines and over the top thrills. So I can say it's a welcome change of pace to see that things are going back to the roots of the series.

Set in an abandoned mansion, you're placed in the shoes of an unknown and confused survivor in a derelict mansion. With only vague scribbles on torn sheets of paper to guide them, you must find a way out of the locked house while learning of the horrors that transpired there – but you soon learn that you're not alone and something sinister is lurking in the shadows.

As you explore the house, you find the remains and relics of those who once ventured into the derelict building. During one chilling moment, you recover an old VHS tape which recounts the final moments of a reality TV crew exploring the mansion.

Taking control of the camera-man, the host and producer explore the mansion while dismissing the many horrors that happened. But things soon take a turn for the worst when one goes missing leading to a shocking discovery in the mansion's basement.

Though the developers were clear in stating that it's still a sequel, set after the events of Resident Evil 6, VII is Capcom's attempt to recapture and innovate on the same atmosphere and terror from the past, while using some brand-new technology to enhance the feeling of dread and terror.

Horror in a new perspective

Of course, you can play the demo for yourself online at this moment, but as of now E3 is the only chance to experience Capcom's next horror title in full VR with Sony's PlayStation VR, also slated for released this Fall.

As the first Resident Evil game to feature VR, the developers made some clever uses of the tech to get the scares going. As you explore the mansion, you'll be able to see and interact with a number of items in vivid detail.

One of the more shocking moments of experience happens early on with the pot of rotting stew, which was totally gross and vile made more real by the vivid details from the PSVR. The sound design and horrifying visuals work also do a lot to enhance the effects of dread.

Once things began to ratchet up after watching a lost tape of one of the house's previous victims, I went into a minor-panic, creeping around the corner while looking over my shoulder every few seconds, worried that someone was going to attack me from behind.

I was completely on edge throughout the demo, which is something I haven't felt in a long time for a RE game. Things came to a head towards the end of the demo when it seems like I was about to find my way out of the mansion, but of course, it wasn't that simple and the demo came to a shocking and very violent conclusion.

Sony's VR device does a lot to augment the experience. I've played my fair share of VR titles, and I've slowly but surely become a believer in the medium, as it can do a lot to enhance the sensations that games can inspire.

Horror is definitely one of the most powerful genres to elicit strong emotions, and it's exciting to see a series that pioneered the Survival Horror genre use it to good effect.

With Resident Evil VII coming out just about six months on January 24th, you won't have to wait that much longer get another dose of survival horror from Capcom's long running series.

If this teaser was any indication of what the final game will be like, then we've got something quite terrifying in store for us.

Stay with us here for the latest E3 2016 details and commentary.