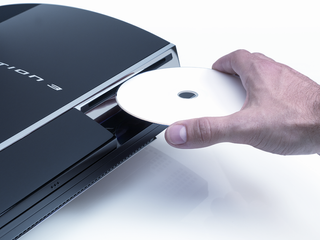 The PlayStation 3 could be in store for some serious audio-visual updates. That's what two Sony technical officers have been saying in the Japanese press this week.

We have not yet seen a complete translation of the AV Watch article. But the gist of it seems to be that Sony engineers think they can squeeze 30 to 40 per cent more audio-visual power out of the PS3.

The two men, Izumi Kawanishi and Kanehide, said that the added graphical and sound performance - which would be delivered via firmware updates - would not cause any overheating problems.

Kanehide is reported to have said, "So far, we are not worried too much since we have plenty of processing power left even at peak usage."

His compatriot Izumi Kawanishi agreed by adding, "Nothing yet comes close to the load that Folding@Home applies. And I can see the possibility of a fan-less PS3 in the future, just like there was for the PS2."

The two technicians said Sony is working on ways for gamers to pair their PSPs with their PS3s to make gaming more fun. The PSP will be used as an input device for the PS3, in the same way that the Nintendo DS can be with the Wii.

"The scary thing about the PS3 is that we can continue to add updates as long as there is space on the HDD," said Kawanishi.

"We won't stop though, since adding new functionality is a lot of fun. We really enjoy getting feedback from the customers, and finding things we really hadn't thought of."