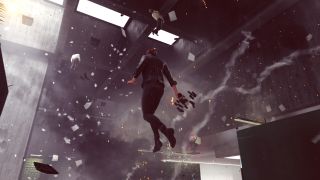 Control is a hotly anticipated action-adventure from Remedy coming out later in August, and the good news is the recommended spec for PC gamers has actually been toned down considerably since the original very steep requirements were revealed.

According to that initial spec (which was posted on the Epic Games Store page), you would need at least a GTX 1060 graphics card and an Intel Core i5-7500 processor at a bare minimum.

The recommended spec for a GPU went even further and insisted on a GeForce GTX 1080 Ti, with nothing less than an RTX 2080 stipulated for those who wanted to run the game with ray tracing. Ouch, indeed.

However, the ‘official’ requirements have now been posted on the game’s web page and are thankfully much less demanding, particularly when it comes to the GPU, with the minimum requirement now being an Nvidia GeForce GTX 780 (quite a step down from the GTX 1060). The equivalent from the AMD side is the Radeon R9 280X.

And for ray tracing duties, you’ll need an RTX 2060 as the recommended GPU, as opposed to an RTX 2080. Again, that seems far more palatable…

So why the change? Presumably the previous requirements were more of an estimation or placeholder, and maybe some serious game optimization has been undertaken since those guesses were made.

That said, it seems a bit strange that Remedy even let the previous spec go online, given the worry it caused many PC gamers in terms of their rigs potentially not being up to the job of running Control.

What’s happened here is a bit of a mystery all round, then, but at least the outcome is clear: those with older GPUs aren’t going to be left completely out in the cold (at least in theory).

Control is out on August 27, and on PC, will come with an uncapped frame-rate, ultra-wide monitor support, and customizable controls (which are all being delivered by Call of Duty: Modern Warfare’s PC port, too, as we saw at the weekend).