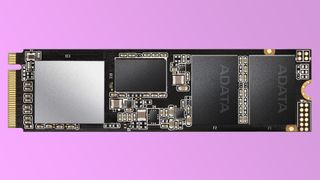 Cheap and fast solid-state drives are coming out of the woodwork it seems. Just a week after Corsair introduced an impressive and affordable NVMe SSD, Adata is introducing its own drive to match it in nearly every way.