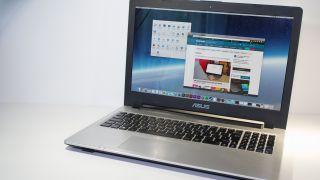 So, you want to create a Hackintosh, a stock PC running Apple's OS X. Whatever your reasons – a project, specific Mac software you need to run, a need to enjoy the glorious environs of OS X – there are a few things you'll need to know.

The first and most important of which is that installing OS X anywhere other than on official Apple hardware violates Apple's EULA for the software.

It's something the company doesn't want you to do – if it was encouraged, it'd be easy. So don't expect any official support if things go catastrophically wrong – they very well might – and bear in mind that if Apple puts the brakes on your Apple ID (or sends lawyers to knock on your door) you won't have any recourse.

If you really want to run OS X, the very best way to do it is to pick up a Mac. Companies have been sued, and Apple has succeeded in their cases, for supplying hardware specifically designed to run as Hackintoshes. TechRadar doesn't endorse you doing this yourself. But if you're going to anyway, read on.

A small, yet powerful, laptop

Let's make this very clear: OS X's presence on the standardised Mac platform is one of the keys to it working in such a slick manner. Unlike Windows and Linux, it doesn't usually have to deal with the potential complexity of different hardware combinations.

On hardware for which OS X is not specifically designed, your experience is likely to be less perfect, and you may have to get your hands dirty.

Thankfully the Hackintosh community has already done a lot of the testing and tweaking for you – the list of supported hardware is much longer than it once was – but many machines are still a better fit for OS X than others. Check the list at the CustoMac website to see a comprehensive list of recommended parts if you're looking to build your own.

Using a laptop is likely to be a more difficult endeavour. There's a comprehensive guide to the sorts of things to look for but, in short: look for something with a modern Intel CPU and chipset which deals with as many of the laptop's functions as possible, avoid units which switch between integrated and discrete graphics, and be prepared to pick up USB Wi-Fi and Bluetooth modules if yours don't work.

HP's Probook series is often noted as being highly compatible – you can pick up a refurbished previous-generation model for around £200 ($288, AU$392).

Along with your supported hardware for your Hackintosh, you'll need:

An official copy of OS X. This could be a Snow Leopard DVD (available from Apple for £14.99/$20) which you can later upgrade to the newest version of OS X, or an official installer download of any version up to El Capitan, which you can download from the Apple Store.

A USB stick. At least 16GB is required to house the entire installation media.

A full backup. Being an unsupported method of installation, building a Hackintosh has the potential for catastrophic failure. If you feel like there's even a remote possibility that you'll want to roll back your machine, take a full clone of your existing drive with a program like Macrium Reflect.

Specific software. There are two options depending on your situation. If you have access to a Mac, and this is the method the community recommends, grab Unibeast. If you're hoping to install from an official DVD instead, you'll need to burn iBoot to a disc, boot from that, switch discs to your Snow Leopard disc, and install. Both methods require MultiBeast post-installation.

Current page: What you need to build a Hackintosh