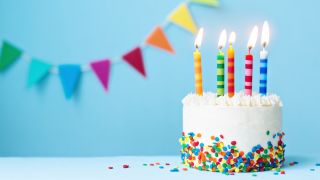 Google is turning 21 (they grow up so fast!) and to celebrate, it's knocked 21% off almost everything in its European stores. There appear to be a few exceptions, but in the UK it looks like everything except Google Stadia pre-orders is included.

To claim your discount, just pop your chosen items in the basket (the Google Pixel 3, Pixelbook, Nest Hub Max and Google Home are all included), then enter the code B-GOOGLE21 at the checkout.

Despite Google being an American company, this deal seems to be available exclusively in Europe. The exact terms and conditions vary a little between countries too – as 9to5Google notes, the Google Pixel 3a seems to be exempt from the deal in France, but is included in the UK. The promotional code is different in each country, too.

A gift for you

This deal ends at midnight 27 September, and some of the more popular items in the UK store might sell out early, so move quickly if you've had your eye on something. Some of these products might not be discounted so heavily even on Black Friday.

Also bear in mind that it won't work in conjunction with any other codes, so you can't stack deals and save even more. It's generous, but not that generous.