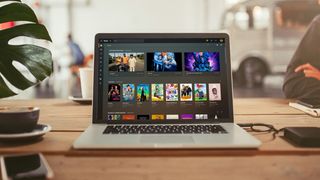 Plex has fully revamped its desktop software, and it's available to download now for your streaming pleasure. However, there's one major drawback: it no longer supports Home Theater PC (HTPC).

The new app, which is simply called 'Plex', will replace all of the company's existing desktop software. The Microsoft Store app has already been decommissioned, and Plex Media Player will be following suit soon.

The new Plex software features a simplified interface (the section known as 'Sync' is now 'Downloads' to minimize confusion), and the company says that you'll now get more information about downloads while they're in progress.

"It’s a bit of a sneak peek at the direction we’re headed with offline media across the board (including the mobile apps)," said the company, "so check it out and let us know how it works for you!"

Plex admits that its Microsoft Store app has been "a little broken for a while now", and says it's decided to tie all its various apps closer together.

The new, cleaner look is a welcome change, but the loss of HTPC will be a real blow for Plex users who've relied on it since the software's early days. If that includes you, you might want to check out a different option like Kodi, which shows no signs of giving up HTPC for now.