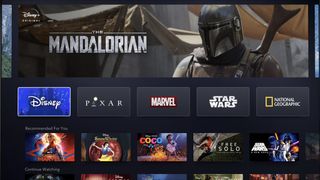 UPDATE: More details about Disney's new subscription service has been unearthed. According to Australian tech publication Ausdroid, the monthly $8.99 subscription will come with both 4K and HDR content, provided there are shows and movies in that resolution, with each subscription capable of four simultaneous streams. That's a pretty good bargain considering you have to pay a premium for 4K content on Stan and for multiple streams on Netflix.

The original article follows below:

While we’ve known for a while that Disney Plus will be launching in the US on November 12, the Walt Disney Company’s new platform has been rather vague about its international rollout. All we knew was that Disney+ would expand to “major markets” within two years of its launch.

But, when you wish upon a star, dreams come true, because Disney has revealed that the platform will launch in Australia and New Zealand on November 19, only a week after the US launch.

Until then, Aussie streaming service Stan will continue to be the home of Disney, with the Nine Entertainment-owned platform having signed a short-term deal in 2018. It's still uncertain what will happen to all the Disney content on Stan’s library, although it has been reported that the original contract between the two companies ends in October 2019.

Specifically curious about pricing? Make sure you check out our Disney Plus price guide.

Whether Stan loses its Disney content or not, Disney Plus looks like its going to undercut its rivals when it comes to pricing.

At launch, the Disney Plus app will be available on both iOS and Android, and will also support streaming via Apple TV, Chromecast, Roku devices and gaming consoles (Xbox One and PS4).

Can you feel the love?

In terms of content, the library will include movies and TV shows from Disney, Pixar, Marvel, the Star Wars franchise and from National Geographic, with the first episode of The Mandalorian available to stream on day one.

With the merger of Fox and Disney earlier this year, the upcoming streaming platform will also include content from 20th Century Fox’s library. The US will get 30 seasons of The Simpsons, but it’s as yet unclear whether it will also be available to viewers Down Under.

Whatever the library looks like at launch, Disney Plus is shaping to be a major contender in the streaming market, with a new study from research firm Telsyte claiming one in four Aussies are keen on signing up for Disney Plus.