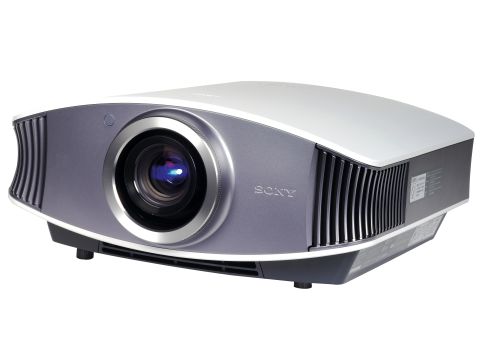 If you can't decide between DLP and LCD, how about this Sony?

The Pearl certainly has some sparkle but £3,500 may be a bit much to shell out

Two technologies have dominated the projector market in recent years: LCD and DLP, but there's a further pretender to the throne in the form of Sony's SXRD technology. Thus far, the market hasn't been too affected due to the high-end nature of this Sony alternative. While £3,500 is hardly loose change, it opens up the product to a considerably larger market.

The stats look great for the 'Pearl', as this model is dubbed. It's got two HDMI inputs and comes up to 'full' HD scratch with a native resolution of 1920 x 1080 along with a rated contrast ratio of 15,000:1 - so good on paper, it's almost laughable.

It can also take 1080p feeds and comes with a 200W Ultra High Pressure lamp that offers 900 ANSI Lumens of claimed brightness. While this is powerful, it's worth putting in perspective.

Fortunately, any shortcomings appear to be non-existent in the company of its peers here. Our first viewing experience - of King Kong - was marked by the absence of all we thought bad about projection pictures, whether LCD chickenwire or the unwanted rainbow and motion problems of DLP.

Left to look at things we did want to see, we were thoroughly drawn in and engaged. The extra resolution sharpened up the detail like twisting a manual lens an extra degree closer to the full picture.

We didn't see every grain of sand on the beach but we can't do that with our real eyes - what we did see more clearly was an extra layer of difference, whether on faces, rolling tide or jungle that was not the invention of your viewing equipment but the detail we'd only seen as a relatively blurred mush from regular SD sources.

The massive contrast ratio is partly achievable due to its dynamic iris system but while the dark scenes were impressive in their gradations of blackness, the Pearl wasn't short of brightness.

Other than a few minor dots crawling around the odd surge of brightness in the picture, the only other negative we could dredge up is that as this is calibrated for HD its standard-def pics can't take advantage of the really clever stuff.