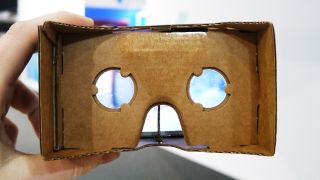 A spate of freshly spotted job postings suggest Google is making moves to develop its own VR hardware.

New Google job openings assembling a team of engineers, managers and designers with experience in virtual reality have cropped up. One of the more recent postings seeks a hardware engineer with experience in consumer electronics in the field of VR.

The company is also looking for a UX engineer, hardware and software engineers for VR camera systems, a software engineer for virtual reality media and more. While many of the job postings include "Cardboard" in the title, it appears as though Google wants to expand its VR ambitions well beyond the DIY headset.

At the same time, Google has already brought on other hires with a focus in VR, including a VR evangelist for YouTube. Vine General Manager Jason Toff today said his goodbyes to Twitter and joined Google's VR team.

While Google Cardboard brings VR to the masses on the cheap, the rise of higher-quality headsets, such as Samsung's Gear VR, HTC Vive Pre, and Oculus Rift may be pushing Google to develop its own line of hardware.

Cardboard, though functional in displaying immersive video content in spite of its flimsy design, pales in comparison to more expensive headsets. The Vive and Oculus, for example, gained attention in the gaming market for their ability to function hands-free and sync with specially designed controllers.

If that wasn't enough to light a fire under Google's behind, Apple also recently hinted at an interest in tackling VR, potentially turning 2016 into a watershed year for virtual reality.

It's uncertain how Google's plans will pan out, though it looks more than likely that the company's next venture with VR will be a bit more complex than corrugated paper and Velcro.

Via Road to VR