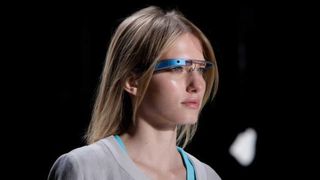 If you want an update on the status of a new consumer Google Glass, don't look for it on social media.

There were no farewell messages on most social media accounts, though the team did leave one final post on Google+.

"Hi Explorers, we've had a blast hanging out with you on G+ throughout the Explorer Program," the post reads.

"From now on, if you have any questions about your Glass, you can get in touch with us here" with a link to its support page.

Still, Google Glass isn't quite dead yet - more likely, just the name and the consumer version of the wearable are for now.

Instead, the wearable is actually living on under the name of Project Aura, while an Enterprise Edition of Glass remains in the works.

Rumors have emerged over the past few months, however, that Google is working on different versions of Google Glass under Project Aura, coming with and without glass.

The rumors have suggested Google will position this glass-less and audio-focused wearable to consumers instead.