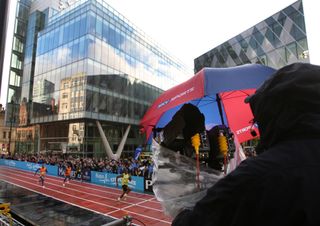 Sony is set to announce its plans to roll out 3D TVs to consumers worldwide before the end of 2010 at the IFA event in Berlin this week.

Sony's 3D announcement is expected to be the most interesting and newsworthy aspect of its IFA 2009 showing, following recent confirmations from the likes of Sky TV and its plans to launch its own 3D TV channel in 2010.

According to a Financial Times source, Mr Stringer is expected to tell the audience: "Today, 3D is clearly on its way to the mass market through technology, distribution and content.

"As with high definition a few years back, there are a variety of issues yet to be addressed. But the 3D train is on the track, and we at Sony are ready to drive it home."

Sony is opting for "active shutter" 3D technology, which uses glasses with tiny shutters that open and

In the meantime, you can check out TechRadar's Complete Guide to 3D TV.

And stay tuned for the main announcements we expect to hear more about from Sony at IFA 2009 later this evening, including news on the next OLED TV from Sony (which we don't expect to see arriving till later in 2010); news on the latest in the new Walkman range (following the recently released S-Series - we will be watching closely to see what new features Sony is touting) and more news on new Vaios (Vaio P mark 2, anyone?), new ranges of LED-backlit Bravia LCD and details on new IPTV services.

Via FT.com and Sony Insider