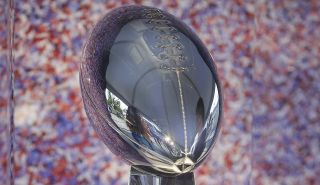 It's nearly here! Super Bowl Sunday is fast approaching and we could barely be more excited. Two of this season's very best teams - the San Francisco 49ers and Kansas City Chiefs - have made it and will soon do battle in football's biggest game of all.

But then, the Super Bowl has become more than merely a game of football - it's transcended the world of sport and become a cultural pinnacle in itself. Just like the premiere of The Mandalorian or the final season of Game of Thrones - the Super Bowl is now a major cultural, entertainment extravaganza.

So, if you're already counting down the hours until the big game kicks off, you'll want to know everything there is to know about Super Bowl 2020. We're rounding up all the best places to catch the big game, when you need to tune in to watch that first punt downfield, and what to expect from the halftime show. Plus, if you're tuning in from further afield, we've got all the information you need to stream the Super Bowl live online as well.

Super Bowl LIV will be played between the Kansas City Chiefs and the San Francisco 49ers. While the 49ers are hoping to join the Patriots and the Steelers with a sixth Super Bowl win putting them in a three way tie with the New England and Pittsburgh teams for the most won ever. The Chiefs, on the other hand, haven't seen the grass of a Super Bowl for fifty years since winning Super Bowl IV.

Both teams are coming off of explosive wins against divisional rivals in their respective conferences, flooring the competition in both instances. Whatever goes down on game day it's set to be an intense matchup, with Patrick Mahomes and Jimmy Garoppolo both hungry for the win, albeit for very different reasons.

The Super Bowl halftime show will be ruled by Shakira and Jennifer Lopez in 2020 and we're expecting great things from the biggest show of the year (perhaps it will make it in to our rundown of 5 best ever Super Bowl halftime shows), with each artist bringing their own setlist of chart-topping hits and celebrating Latina women everywhere with a historic performance in the heart of Miami.

They'll be following a tradition of halftime super stars, with previous guests including Beyonce, Prince, Michael Jackson, Diana Ross, Stevie Wonder, Paul McCartney, The Rolling Stones and The Who. To ensure you don't miss out, see how to watch the Super Bowl halftime show online from anywhere.