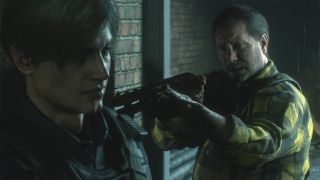 A recent report has suggested that Capcom is currently developing a remake of Resident Evil 3: Nemesis, with a plan to release it sometime in 2020.

The report comes from YouTube channel Spawn Wave, which has published a video detailing the findings. Naturally any rumours should be taken with a pinch of salt, but both Eurogamer and VGC have stated that Spawn Wave's report aligns with things they have heard from sources close to the project's development.

Although none of these rumors have been confirmed or denied just yet, Capcom itself has said previously (via IGN) that it is willing to continue down the route of remakes, especially if fans show continued interest. And that was before Resident Evil 2 knocked it out of the park with its sales.

In fact, given the success of Resident Evil 2’s remake, it would be more surprising if Capcom didn’t decide to go down the same route with the third instalment.

At the moment, much of Capcom’s focus is likely to be on its multiplayer Resident Evil spin-off known as Project Resistance, which had a closed beta earlier this  year.

This makes it pretty difficult to try and predict when we might hear more about a possible Resident Evil 3 Remake, if we’re going to hear anything at all. Rest assured, however, that we will be watching closely for news. No doubt an announcement would be welcomed by fans who would prefer a more traditional outing than the multiplayer Project Resistance.