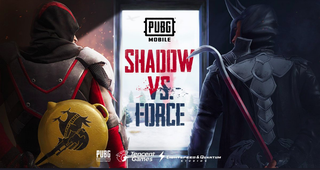 PUBG Mobile 0.10.5 update has started rolling out. Tencent has officially announced the rollout of the update with the patch notes. The rollout has begun and the update will be sent out in batches, which is expected to reach all regions by. The Royal Pass Season 5 also begins tomorrow at 7:30 AM IST.

The update brings a new AR weapon, a laser sight attachment, and some bug fixes. The new assault rifle is called Mk47 Mutant, which offers multiple fire modes and a 20-bullet clip, but it can go up to 30 by attaching an extended magazine. It also supports other attachments including grips, muzzle, sight, and scope.

Like previous season updates, the Royal Pass Season 5 will also introduce new premium outfits, emotes, accessories and other rewards. Not to forget, all the progress made last season will be refreshed and all players will begin from the same rank.

Some other updates include a bunch of in-game improvements like the ‘Classic’ voice is back, you can turn it on in the settings. Another interesting update is Vikendi's returned loot which has brought changes to the type and quantity of the loot found. Further, Vikendi is now available in custom rooms, players can now enable/disable spawn island announcements, clan sharing has been tuned ad supplies can now be accessed from the main menu.