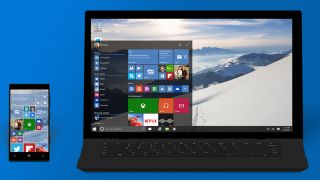 A number of sources have hinted that the preview version of Windows 10 For Phones will be made available imminently, with one claiming it will be released on February 4.

A source contacted the Nokia Power User website claiming that Microsoft would be releasing the early version of Windows 10 for Phone within two to four weeks from the Windows 10 event, which was held on January 21.

If that time frame is correct then we should be seeing the preview any time now. A second source also contacted Nokia Power User with a more specific date: February 4. However the tipster, who remained anonymous, cannot be confirmed, so don't take that date as gospel.

With the preview version of Windows 10 for PCs available for Windows Insider subscribers for a while now, we've been waiting to see what Windows 10 for Phones will offer. Hopefully we won't have too long to wait.