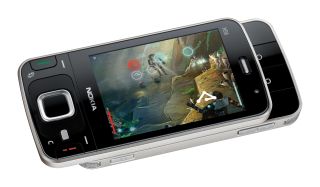 High-end handsets may be reigned back in

Nokia has announced a 25 per cent increase in profit for the first quarter of 2008 – but the mobile phone giant had a dire warning for the industry, predicting a decline in the handset market.

In an announcement that will affect share prices, Nokia admits that the credit crunch and the weak dollar are beginning to have a major effect on the mobile phone sector.

"Nokia expects the mobile device market to decline in value in euro terms in 2008, compared to 2007," the company said in a statement.

But what does it mean?

"Nokia continues to expect some decline in industry average selling prices in 2008, primarily reflecting the increasing impact of the emerging markets and competitive factors in general."

The upshot for the customer is that mobile phone manufacturers may focus on making low-end products for a greater profit, something that Nokia has become adept at.