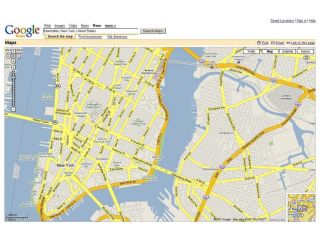 So far, Apple and Google have collaborated on adding Google Maps to the Apple iPhone

Google and Apple are working on "many" new initiatives, Google's CEO Eric Schmidt said on Monday.

Speaking at the Morgan Stanley Technology Conference in San Francisco, Schmidt confirmed rumours that the two companies were looking to do "more and more things together", MarketWatch reports.

"We have similar goals, similar competitors," Schmidt added, without going into detail on what the initiatives may be.

Schmidt is a member of Apple's board of directors, in addition to his role heading up Google.