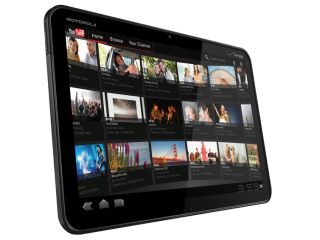 Android 3.0 to bring the music love

A syncing button which allows you to add entire music libraries to Android 3.0-based devices has been outed.

Doing the rounds on the internet at the moment is a leaked version of the upcoming Honeycomb music player that holds within it some syncing secrets.

Those who have installed the Android music player on to their 2.3 handsets have found that new syncing options appear, including the addition of a 'sync music' option.

This could mean that various cloud-based music sites use this opportunity to tout themselves as being an 'iTunes for Android' service that works seamlessly with Android devices.

There's also a 'cache streamed music' setting that is encroaching on what Spotify offers Android users at the moment (for a fee) and this is nestled next to a 'stream music settings' option.

The Achilles' heal for Android devices at the moment is the lack of a decent media player – unless you go fishing for one on the Android Market.

All signs are suggesting that the eventual arrival of Android 3.0 - which was heavily shown off at CES 2011 - will remedy this situation.