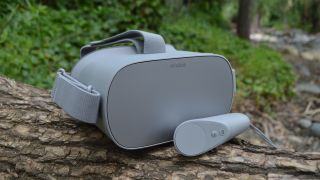 Oculus’ standalone VR headset, the Oculus Go, is now available for purchase online and in stores in the UK, Canada and several countries in mainland Europe.

The Oculus Go was previously only available in the United States, after an initial soft launch on May 1 this year. The wider release brings it to another 10 nations, across a total of over 300 stores worldwide.

It doesn’t have the room-scale sensors or processing might of the Rift, but it's intended as a more price-accessible alternative for the average household, much in the vein of the Lenovo Mirage Solo.

You’ll find a handy list of the participating retailers for each territory below: