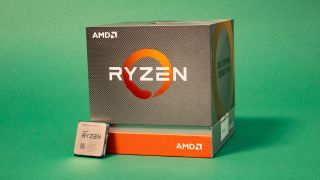 It's no secret that AMD has been seeing a pretty substantial surge in popularity over the last couple years since the first generation of Ryzen appeared on the scene. And, as further proof of AMD's popularity, AMD processors now make up nearly half of desktop processor sales in Japan.

This comes via a aggregated report from PC Watch Japan, and it shows that the market share for Team Red's processors has grown substantially over the last year or so – from just 17.7% in January 2018 to 46.7% in June 2019. That's a pretty massive jump in a relatively short period.

And, the positive sales growth doesn't end with the desktop market, either. Even among prebuilt PCs and laptops – a market that AMD has been struggling with for years, the chip maker is seeing significant gains. They're obviously not as significant as the desktop market, but AMD does now claim 14.7% of the market – up from 3.9% in January 2018.

So, while AMD isn't exactly destroying Intel in the market, thanks to wins like the Ryzen 9 3900X and Ryzen 7 3700X, it's gaining market share in a market that used to be very one-sided.

This is hardly the first time we've heard of AMD gaining significant market share. We did hear earlier in July that AMD is taking over much of the CPU market in Asia, and even earlier there were reports that AMD is doubling Intel's sales in Germany.

However, what really gets our interest here is the rise in market share of AMD's mobile processors. Just last week we saw leaked benchmarks of Intel's 10th-generation Ice Lake processors beating the Ryzen 9 3900X in single-core workloads. Now that's a leak and should be taken with a grain of salt, but it does help illustrate that Intel are still the leaders in mobile performance.