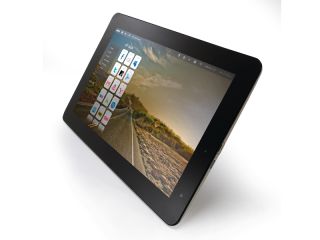 TabCo - ridding itself of bad JooJoo?

The official Twitter page for TabCo, a mysterious tablet manufacturer, has jumped the gun and revealed that its launch is the TabCo Grid 10 – the new name for the JooJoo 2.

The Tweet that was posted on the site was written in German and has since been taken off the Twitter page, but it did reveal that TabCo is the new name for Fusion Garage, which is best known for the JooJoo.

Unless this turns out that the profile has been hacked, it's safe to assume that the new tablet is indeed the TabCo Grid 10, a table that has been rumoured for some time now.

The TabCo mystery had been one of the best-kept secrets in the gadget world and while many will be disappointed if the new tablet does seem to be a re-branded JooJoo (which only managed to get two stars from TechRadar) the marketing campaign has been sound – ramping up the speculation to ridiculous levels.

Unfortunately, coming on the same day as the news that Google is set to buy Motorola Mobility for billions, after all the hype the reveal has been overshadowed by the makers of Android – an OS that the 10-inch Grid 10 is said to house.

TechRadar will be covering the launch of the new TabCo tablet, so stay tuned to see the all-new JooJoo.