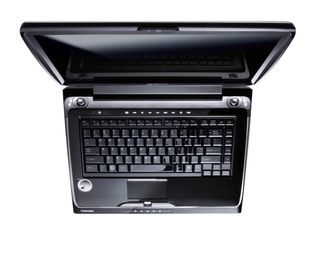 In an announcement that will hardly raise eyebrows, the Toshiba Europe CEO said that the company isn't looking to add Blu-ray capabilities to its laptops.

The company behind the creation of HD DVD released information on a new range of laptops today that didn't contain a high-definition drive. Instead, it houses the capability to upscale standard definition to HD.

When asked about the lack of Blu-ray support, Alan Thompson, CEO for Toshiba Europe said: "At this present time we are not using Blu-ray. Blu-ray is just one of many ways that you can get HD content and is not required for accessing HD content."

When pressed further on whether Toshiba was just 'saving face' following the HD format war, Thompson commented: "This upscaling technology was developed before we discontinued HD DVD."

The company's new Quad Core HD Processor is at the heart of Toshiba's new upscaling technology. It integrates high definition H.264 and MPEG2 encoders and decoders alongside four 128bit SIMD RISC processors, and works in parallel with the device's CPU.

It's not just upscaling that the chip helps with either. It can also video index material by 'remembering' faces on film, something that could be invaluable for videomakers. As is the chip's ability to increase video editing and transcoding times.

When asked if the upscaling tech would be used in new DVD players, Thompson refused to comment but did hint at things to come: "There's absolutely no reason why the technology couldn't be used in televisions."