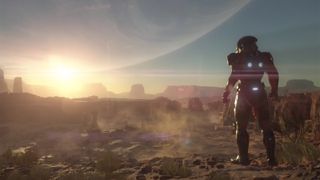 In a statement released by the company today, EA says it will opt out of the crowded show floor experience at E3 2016 to host its own event in Los Angeles and London two days before the start of the world's largest video game convention.

The event, called EA Play, will kick off on June 12 in both cities and, in Los Angeles at least, will continue right up until the first day of E3 on June 14.

Despite the shift in locale, it seems like little else will change for the makers of Mass Effect, FIFA and Madden NFL. EA will still hold a keynote starting at 1pm PT on June 12 before letting gamers loose on whatever new games the company has to show off. (Which I'm assuming is a new entry in a major franchise like, say, Mass Effect.)

In a statement sent to GiantBomb, EA says that the new approach will put players first:

"We are taking our commitment to put our players first further this year by creating a play experience built around them. Hosting our own event allows us to connect directly with our players and create a meaningful experience for them. In Los Angeles, our players will have access to the games on Monday. We will open up the event to the industry on Tuesday, allowing those who are in town for E3 to see our games and join the experience."

EA, despite never being known for a gamers-first mentality, might be rounding a corner after it took pre-orders for $50/£40/AU$69 downloadable content for Star Wars Battlefront late last year.

The move will free up some extra space in the South Hall of the Los Angeles Convention Center where some of the other big third-party publishers like Activision, 2K, Ubisoft, Square Enix or Konami might fill in.