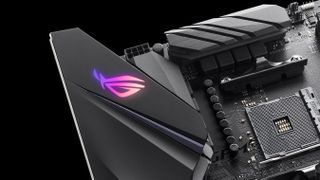 Asus’s entire Z390 motherboard lineup has leaked through a product listing document, further proof that Intel’s new Z390 chipset is not far off from release.

The new chipset will bring the company's high-end motherboards up to date with the recently-updated B- and H-series boards to support Intel’s latest, 8th-generation processors with hexa-core designs. It’s also expected, as Tom’s Hardware reports, that these motherboards will support the rumored octa-core, 8th-gen Coffee Lake S processors.

According to the leak, at least 19 Asus motherboards are in the works using the new chipset, including models from the company’s Prime, Republic of Gamers (ROG) and The Ultimate Force (TUF) series.

Some highlights of the flagship ROG lineup include six models of Asus’s ROG Maximus XI series of boards in standard ATX design, with options for overclocking (Maximus XI Apex) and water-cooling (Maximus XI Extreme and Maximus XI Formula). However, there don’t appear to be any micro-ATX or mini-ITX models for these boards.

The ROG Strix series is aimed toward more mainstream gamers, and includes the only mini-ITX board in Asus’s Z390 lineup. The TUF lineup, meanwhile, offers more durable connections and ports in ATX and micro-ATX formats.

For mainstream users, Asus’s Prime series of motherboards offer ATX and micro-ATX formats with none of the extra features that many of the aforementioned boards do, like built-in Bluetooth and WiFi modules. These are ideal for those who want to add in their own wireless components.

It’s still unclear when these motherboards will make it to market, much less Intel’s rumored eight-core processors that would likely launch alongside them. At any rate, this is a strong sign that a release for both isn’t too far off.