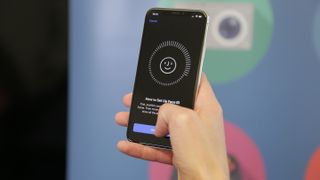 Apple may soon stop offering discounts on iPhones through e-commerce platforms. According to a report from ET, Apple’s new India head, Michel Coulomb, has rejigged the entire sales strategy for India. The news comes at a time when Apple is close to further strengthening its presence in the country.

"Apple India has more than halved distributor margins to 1.7-2.5% and given distributors specific areas of responsibility to protect those margins. Before this they were free to sell to any trade partner, which meant stock could be sold at a discount online by giving up some of those fatter margins."

According to ET, three senior executives have also said that the company has also increased margins for franchise-run Apple stores in India. The exclusive sellers now get 5-7% of margin, which was 4-5% before the hike. This will help Apple prepare the market for Apple’s own stores, which is expected to launch sometime in 2020-2021, they added.

One of the three executives told ET that - "The strategy is to increase sales from Apple brand stores in the country and stop indiscriminate online discounting which distorts brand image."

"Apple will not directly control price since it is against policy," said one of the executives cited above.

"However, these efforts will tame online discounts once the existing stock gets sold out and will bring channel hygiene. It may also rope in another distributor in India," he added.

In simple words, Apple has plans to operate 'properly' in India considering it’s an important market. The company is revising strategies and policies to make sure that the hygiene is fit for their full-fledged operations in the country. The aim here is to eliminate uneven pricing and aggressive online sales, and bringing a uniformity to whole.

To recall, Commerce Minister Suresh Prabhu had met Apple officials on 8 January, and is now awaiting a "concrete plan" from the company. Once examined, Apple will be closer to setting up its manufacturing unit in India.