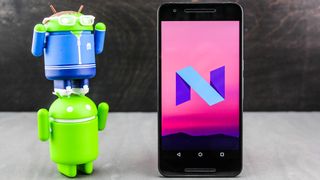 If you’ve been patiently waiting for your Nexus 5X, Nexus 6P, Nexus 9 or Pixel C to get updated to Android 7.1 you’re in luck, because a beta version of the software has just launched for those devices.

The update brings a ‘Night Light’ mode, which adds a blue light filter to your screen, plus support for fingerprint gestures, allowing you to open the notification bar with a swipe.

Notably, some of the key features found on the Pixel and Pixel XL – such as Google Assistant – will remain exclusive to Pixel devices, and while Daydream VR is part of the Android 7.1 update it isn’t supported by any of the Nexus handsets. Still, a few goodies are better than no goodies.

If you want to get in early you just need to make sure you’re signed up to the Android Beta Program to get access to the beta (dubbed Developer Preview 2), which is actually for Android 7.1.1 – that extra 1 on the end is more focused on bug fixes than features.

If you’d rather wait for a stable release you won’t be waiting long, as the final version is set to launch in early December, and will also arrive on the Pixel and Pixel XL sometime around then, taking them from Android 7.1 to 7.1.1.