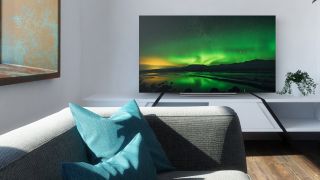 Black Friday and Cyber Monday are upon us, and that means a whole fleet of Black Friday TV deals are about to descend – with some sizeable discounts already appearing among certain sets.

But unless you keep up to date with every new feature, format and update coming to TVs these days, it may be hard to tell which ones are really necessary in a new television, and which are just hot air.

There are a lot of marketing buzzwords out there, especially during the big sales, and not all of them are as crucial as you might think at first glance. So if you want to know whether you really need a 4K set – or even an 8K one – and how much different HDR formats, low input lag, or smart assistant integration will make a difference, read on below.

It’s 2019, and the standards for a new TV are quite different to even a few years ago.

Now, you should really be investing in a 4K Ultra HD television – which shouldn’t be hard, given how many of them are out there. You’d be hard pressed to find a 40-inch TV or larger that isn’t 4K, and some of the more premium TVs are even trying out 8K.

8K isn't anywhere nearly as crucial, given the lack of 8K content out there – but there's now plenty of avenues for 4K content, whether online TV streaming services or 4K Blu-ray players.

The harder question is the kind of High Dynamic Range (or HDR) formats you should look out for – and yes, there’s more than one. That’s the result of competing TV and software manufacturers seeking to get a hold on the market for high-fidelity visuals, and ending up with a TV that supports one format, and a subscription to a TV streaming service that supports the other can be a bit of a pain.

The basic HDR10 format is included on all HDR TVs, though HDR10+ and Dolby Vision offer dynamic metadata to adjust your picture settings between each shot or scene. There’s a limited amount of content available in these dynamic formats, though Netflix has a number of Dolby Vision compatible titles, as Amazon Prime Video does for HDR10+.

If you’re all about HDR, Panasonic’s 2019 TV range is winning on format support, with even the mid-price GX800 LED TV including Dolby Vision, HDR10+ and HLG out of the box.

In summary? We advise that a new 2019 TV should have 4K Ultra HD, and at least HDR10 support. 8K resolution and more premium HDR formats (Dolby Vision, HDR10+) are less crucial, but should enhance your viewing experience if you plan on watching compatible content.

Dolby Atmos and built-in soundbars: do you need it?

Of course, audio is another big question for a home television. Cheaper sets will often have 10W or 20W speakers, which will be clear enough to hear, but lack the resonance or audio detail to recreate film soundtracks accurately.

This is less important if you have a separate soundbar or AV setup doing the heavy lifting for you, though higher-end sets often include built-in soundbars or Dolby Atmos speakers for enhanced sound quality and simulated surround sound. These features are usually worth the upgrade, adding complexity and depth to everything from news broadcasts to summer blockbusters – though make sure you don’t spend on them if you have an existing speaker system ready to plug in anyway.

Alexa, Google Assistant, and Bixby: do you need it?

Remember when TVs were just TVs? These days your living room television is also expected to act as a central device hub for whatever video game consoles, soundbars and AV equipment you want to plug into it – and integrate seamlessly with whatever smart home devices and smart speakers you may have in your home.

These days, many new TVs come with certain voice assistants built into their smart TV platform, making it easy to just use voice commands to control power and volume, as well as jumping to specific apps or titles.

It’s more common, though, to have TVs that are only compatible with these smart assistants – meaning you don’t get Alexa or Google Assistant in the TV itself, but you can connect a relevant smart speaker and bark commands to the TV through that.

If you’re big on smart home devices and want the convenience of adding your television to the home network you’ve started creating, a TV with even this reduced capability will be able to play nice with whatever Echo or Google Home speaker you own. We wouldn’t consider this as crucial as picture or sound quality though when buying a new television.

Bixby is a smart assistant you’ll only find on Samsung sets, and generally isn’t as capable as the others – so we wouldn’t recommend upgrading to a fancy Samsung TV for that feature alone, either.

The size of the television only needs to be appropriate for your home. Make sure you measure the wall you’re planning on putting it up against before rushing out to buy a 65-inch TV – as bigger is only better if you have a place to put it. Larger sets can also end up magnifying flaws in a set’s pictures processing, so beware an overly cheap television with a big display.

Low input lag: do you need it?

This is one for the gamers: if you’re wondering what input lag is, it’s how long it takes button presses on a gaming controller (like the DualShock 4) to be registered onscreen.

Even small differences can effect gameplay, especially when you get into the world of online competitive multiplayer. Anything under 20ms input lag is pretty brilliant, though some high-end sets or gaming monitors can reach as low as 10ms too.

Watch out for mention of Auto Low-Latency Modes on newer TVs, too, as they help keep that input lag minimal when gaming.

Philips Ambilight: do you need it?

This one is specific to Philips TVs, many of which use Philips’ proprietary Ambilight technology – using LED lights around the sides of the TV (either three or four of them) to display a colorful glow that matches the action being shown onscreen.

It’s often used as a way of helping on-sale Philips TVs stand out, and they do tend to get noteworthy discounts in the Black Friday sales.

Ambilight is best seen as an optional perk. It won’t affect the picture quality of the actual set, and some folks may even find it distracting when they’re trying to pay attention to a TV show or movie. But for immersion – say, in a video game, or using your TV as music speaker at parties – it’s something you could well be tempted by with a big enough discount.