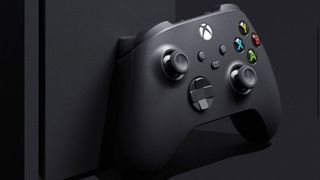 We didn't think it was likely, but Xbox boss Phil Spencer has now confirmed that the Xbox Series X will definitely not support VR at launch.

In an interview with with Gamertag Radio (via VentureBeat), Spencer explained that Microsoft is waiting until VR on Xbox becomes a "no brainer" but right now the company doesn't see the feature as "so important" on its next-gen hardware.

Spencer also highlighted that, while VR may be doing well on Windows, it would be a much more difficult affair to port VR support to a console – and that's not the company's focus right now.

"VR is not just as simple as plugging [in] your headset," Spencer explained. “You have to redo the dash[board], like there’s a bunch of work that goes into it.”

While Xbox VR seems like a pointless endeavour for the company right now, Spencer does hope that demand for VR will grow. It's at that point that we may see Xbox dipping its feet in the pool.

As VentureBeat points out, Spencer's comments come just months after the Xbox boss caused controversy by suggesting that “nobody’s asking for VR” and that "nobody’s selling millions and millions” of VR headsets.

While on the topic of VR, he tried to explain his previous comments – claiming they were for clarity rather than an insult to the VR community.

"I wanted to be clear with our customers on where our focus was,” Spencer said. If Xbox fans hoped that Microsoft would “bring out a VR headset for Xbox Series X at the launch or something I was just trying to say we’re not going to do that… we have to focus our efforts on the things that we’re doing right now.”

So, while we're expecting Sony to release PSVR 2 alongside the PlayStation 5, don't expect Xbox Series X to come with VR support – at least not yet.