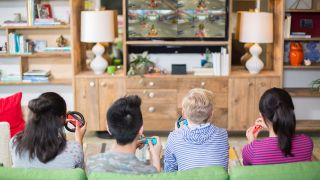 The PlayStation 5 and Xbox Series X are both due for release in late 2020 and, despite not having its own new console lined up, Nintendo isn't worried about a bit of competition - in fact, it doesn't think there will be much direct competition to its consoles at all.

Speaking in a Japanese Q&A (via VGC), Nintendo president Shuntaro Furukawa told investors that, while the gaming landscape will certainly change, the company doesn't think the release of these next-gen consoles will have a big impact on business.

"We will explain the specific figures for the next fiscal year in our next fiscal year announcement, but I think there will certainly be a change in the environment as new products of our competitors appear,” Furukawa told investors.

Furukawa explained that the reason Nintendo is so confident that the PS5 and Xbox Series X won't pose huge competition, is because the Nintendo Switch targets a different audience than Sony and Microsoft's consoles.

“We do not believe that the business trends of other companies will have a significant impact on our business,” Furukawa continued.

For a while, we speculated that a Switch Pro was on the way in 2020, potentially going head-to-head with PS5 and Xbox Series X, but Nintendo has since debunked any rumors of a 2020 reveal which probably means the company can relax a bit when it comes to the next-gen console war. It's all on Sony and Microsoft now.