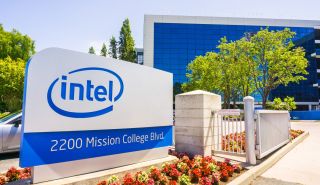 Intel has just revealed its better-than-expected fourth quarter earnings, with revenue of $20.21 billion, a decent leap over the $19.23 billion expected by analysts.

This impressive performance has lead to Intel shares jumping by up to 7% – meaning Intel’s stock is the highest it’s been in 20 years.

According to Intel’s official statement, these results are 8% up year-over-year and have led to an all-time record of $72 billion.

The bulk of this revenue comes from Intel’s Client Computing Group, which makes processors for PCs, laptops and tablets, racking up $10.01 billion in revenue – up around 2% year-over-year and exceeding the expected results of $9.74 billion.

Meanwhile, revenue from Intel’s Data Center Group, which focusses on processors for servers, also blew past expectations, bringing in $7.21 compared to the expected $6.40 billion.

This is certainly very good news for Intel – but there are still challenges for the company.

Chip shortages and a resurgent AMD

However, it could also provide a bit of a boost. As Nomura Instinet analysts noted before the results were announced, “We think that Intel’s PC chip shortages likely resulted in some PC business being pushed from the December quarter into the March-2020 quarter, which we think could cause Intel’s CCG revenue in the March quarter to be higher than usual.”

So companies that couldn't buy chips from Intel in 2019 may finally get them in early 2020, providing a big boost to Intel’s revenues. That, of course, depends on Intel’s ability to meet those demands.

Intel’s old foe, AMD, has also been nipping at its heels recently, producing a number of processors that are very competitively priced. AMD has also beaten Intel to the market by launching its 7 nanometer (nm) processors. Meanwhile, Intel won’t launch its 7nm chips until 2022.

Intel’s also struggling to get out its 10nm server chips, and this could lead to AMD stealing some of Intel’s customers there.

“We are also planning for an increasingly competitive environment as we move through the year,” said George Davis, Intel’s finance chief, according to CNBC. “As a result of these dynamics, we expect total revenue to be more front-end loaded in the first half then we seen historically.”

Another reason early 2020 could see strong performance for Intel is with Windows 7’s End of Life. Microsoft stopped supporting Windows 7 on January 14, 2020, and it’s expected that a lot of Windows 7 users will buy new PCs with Windows 10 installed.

On the assumption that most of these new PCs and laptops will have Intel chips, this could again see a spike in Intel revenue for early 2020. However, as the year goes on this effect will wear off.

So, while Intel should be rightly proud of its recent results, and early 2020 could see more record-breaking revenue for the company, there are still challenges ahead for the chip maker. But, as its results in 2019 have shown, you should never underestimate Intel.